Book Alexander for your event

Hailing from a family with a history in magic, it now seems inevitable that Alexander May would become involved in the art of magic. Performing since he was in school, his magic has taken him across the world – from New York, Paris & Las Vegas to Monaco, Los Angeles & Istanbul. Now, with more than 20 years of performing experience, his success stems from the fact that he does not want his audience to “just see something” but to have an unforgettable experience.

He has done three one-man stage productions: “One Wand Wonder”, “Terms & Conditions Apply”, and “MAGIC:ONE”. For the University of Stellenbosch’s 2014 Woordfees he teamed up with Jacques Le Sueur for a commissioned show called ‘ABRA!’ He currently has an ongoing show called “IMPOSSIBLE”.

Alexander performs at corporate events for many of the country’s top blue-chip companies. He has also been a featured entertainer for Southern Sun Hotels in the Cape Town/West Coast region (twice daily shows at six hotels) and has performed regular show runs at GrandWest Casino and Ratanga Junction Theme Park in Cape Town.

Alexander has appeared on national television, including “SA’s Got Talent” (seasons 2 and 5), “Hectic Nine-9” on SABC2, “Jou Show” on Kyknet and “Expresso Morning Show” on SABC3. He is also a regular feature and headline performer in “Monday Night Magic” at the Cape Town Magic Club.

In 2016 he had the unique opportunity to spend 7 weeks travelling through the USA, where he met with magic legends David Copperfield and Penn & Teller, visited the exclusive invitation-only Magic Castle in Hollywood, and performed a special show for the staff of New York State University in Long Island.

When he is not busy performing, Alexander runs his own company called Alexander May Creative Worx, which publishes and creates magic accessories and props that are distributed and sold globally.

Book Alexander for your event 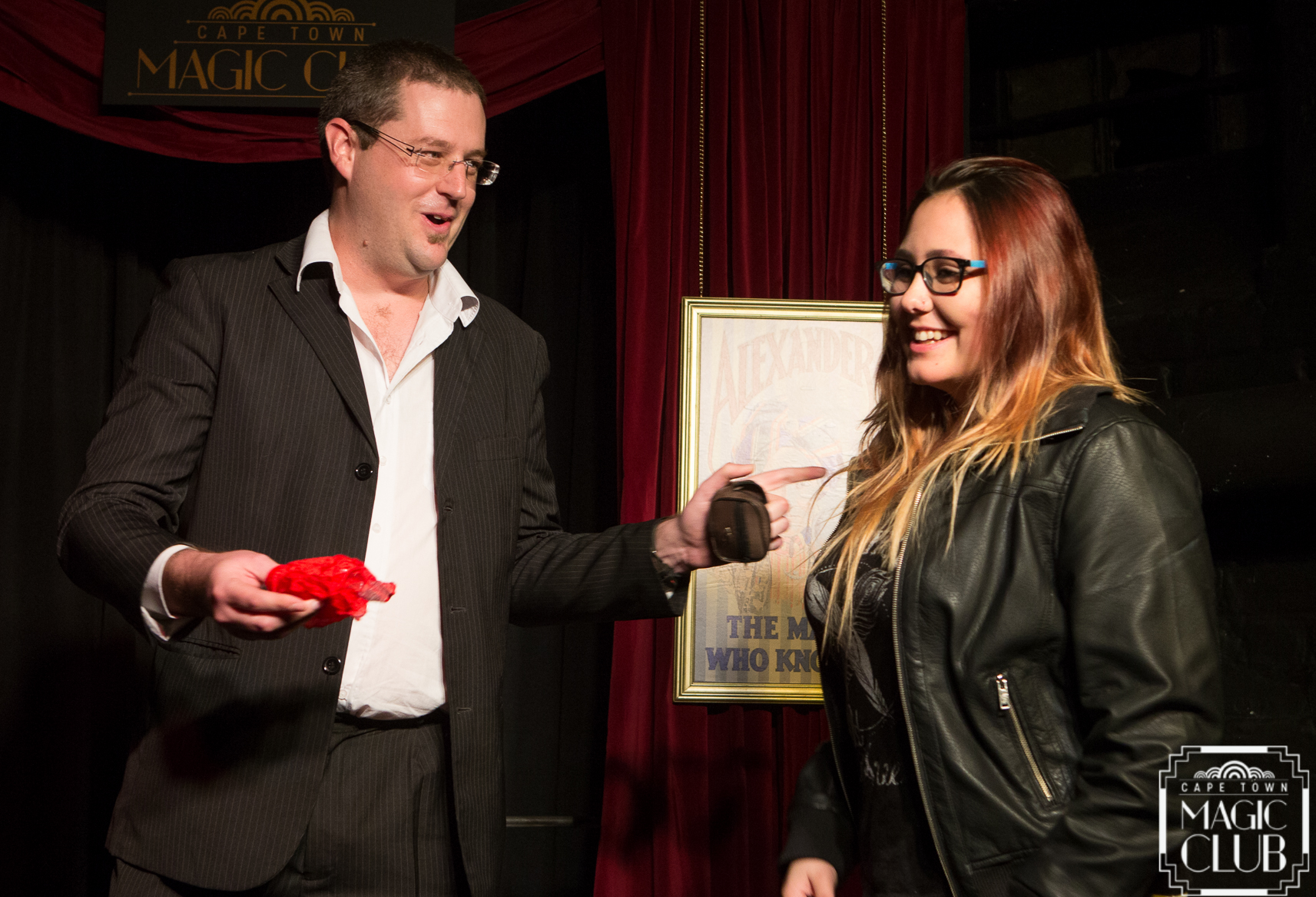 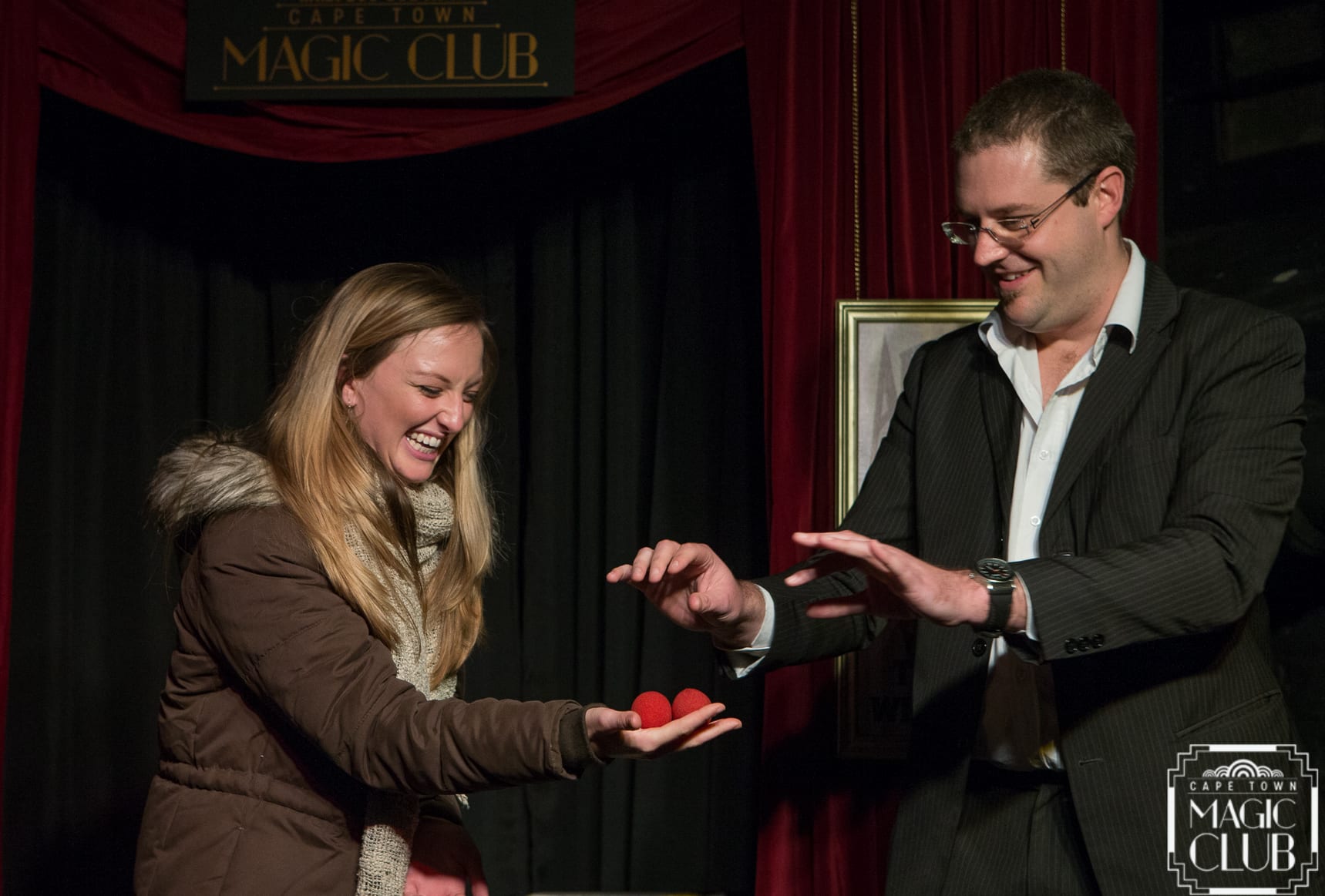 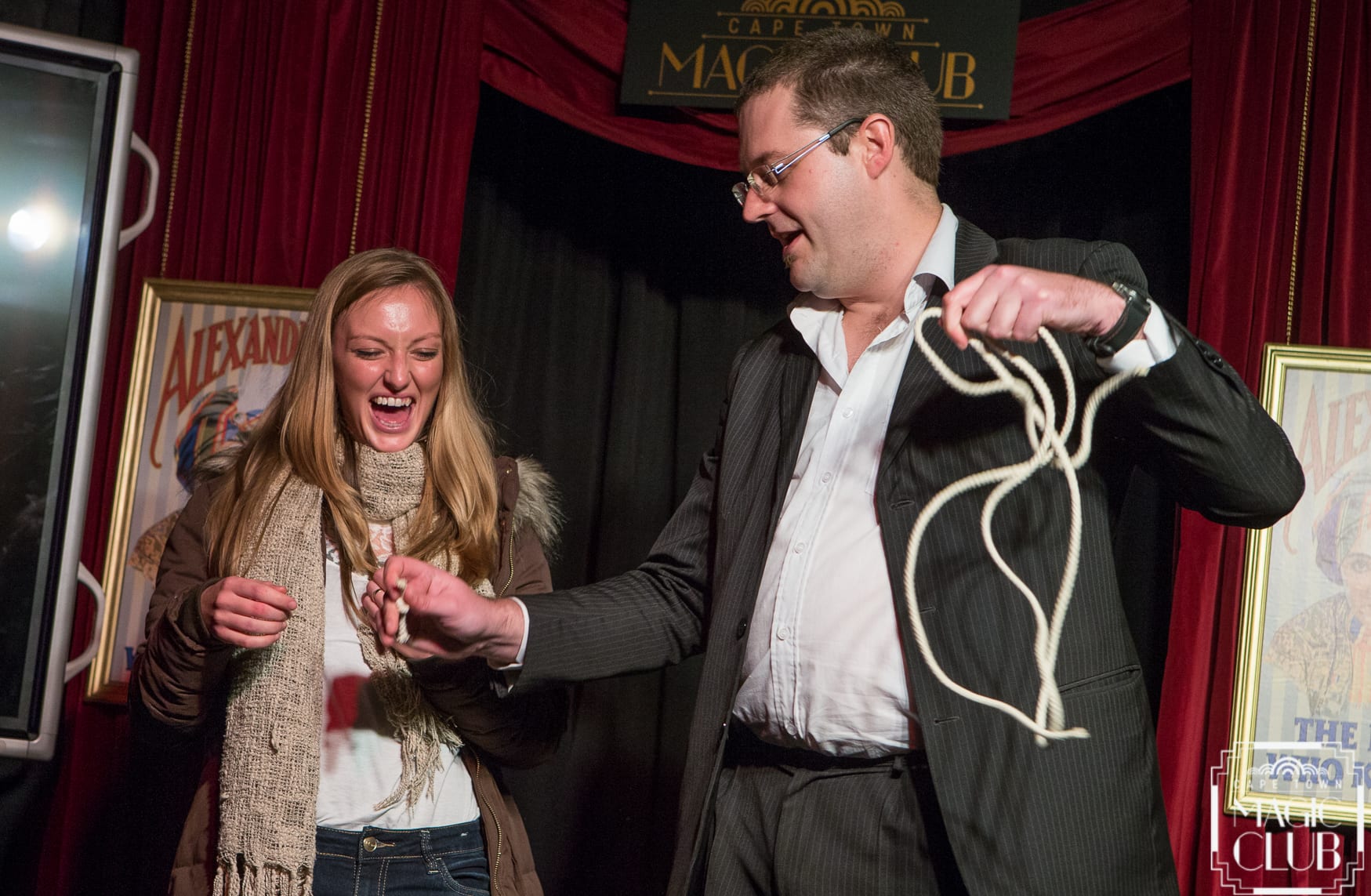 « View All Magicians
Book Alexander for your event
﻿