Book Anele for your event

Anele Dyasi may only be 20 years old but he is already a highly-accomplished performer!

In 2012 Anele was awarded the Supreme Trophy for Up-and-Coming Magician at the Western Cape Junior Magician Championships for his Stage Magic Act. Later that year, he travelled to the United States as a member of the College of Magic’s Project Vegas Team, where he competed in the International Junior Stage Magic Contest.

In 2018, Anele won the 2018 Western Cape Junior Magician Championships in the Close-Up category, in what turned out to be a hotly contested competition with extremely talented performers.

Anele has also won the highly contested Magical Ability Shield at the Annual College of Magic Graduation Ceremony, as well as the highest Award as Top Student in Course 6 – the coveted Student of the Year Trophy.

Anele then won a Bronze Trophy in the International Magic Close-up Contest in Beijing, China, in 2015.

He then returned to Cape Town where he competed in the Senior Close-up/Micro Magic category of the South African National Magic Championships [although he still qualified as a junior!] and won 3rd place – another amazing achievement!

From 2015 to 2017 he has ‘given back’ to magic by assisting with close-up magic training for young South Africans, teaching in the senior classes at the College of Magic. He is also a regular performer at the Traditional Children’s Magic Festival.

Book Anele for your event 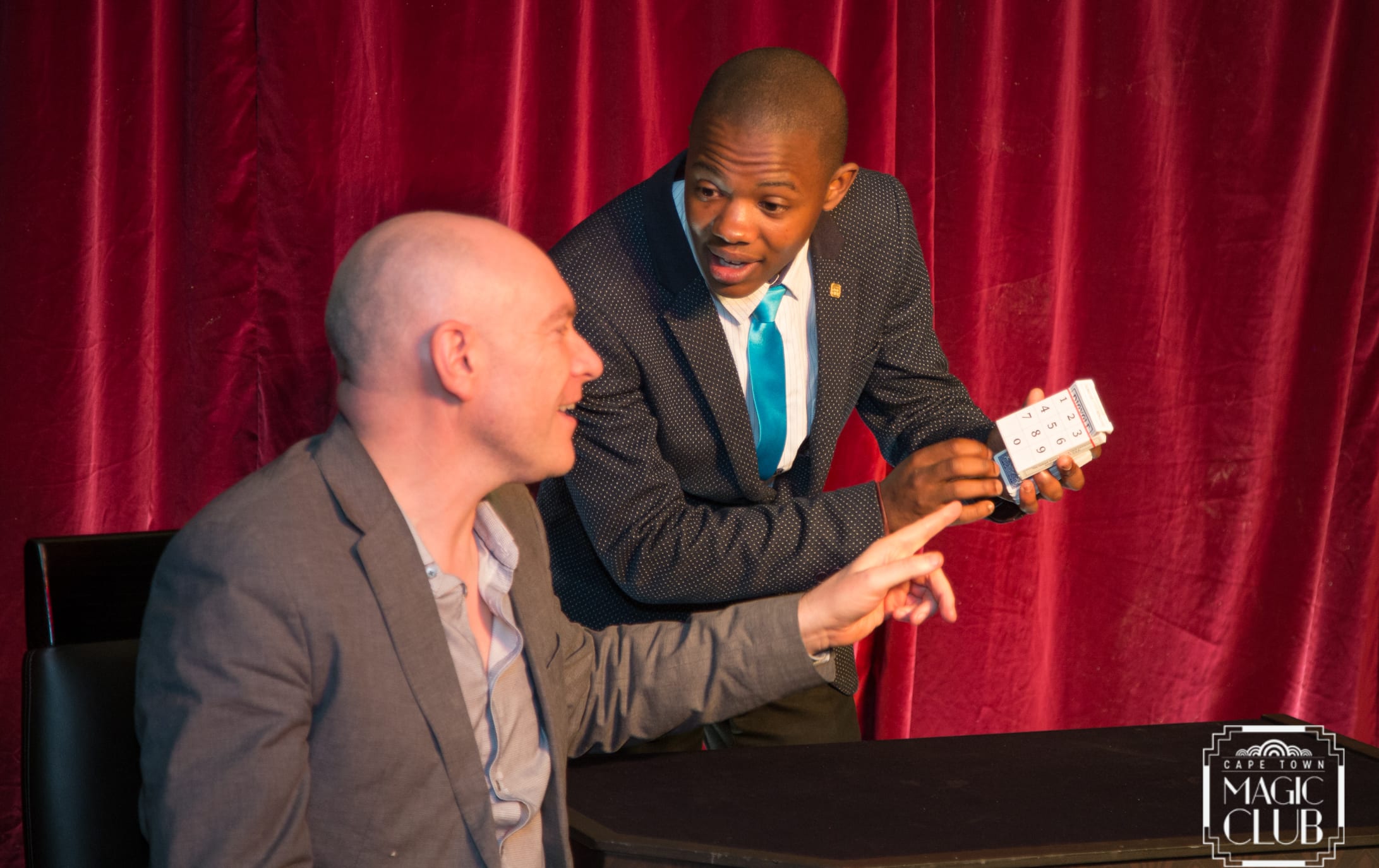 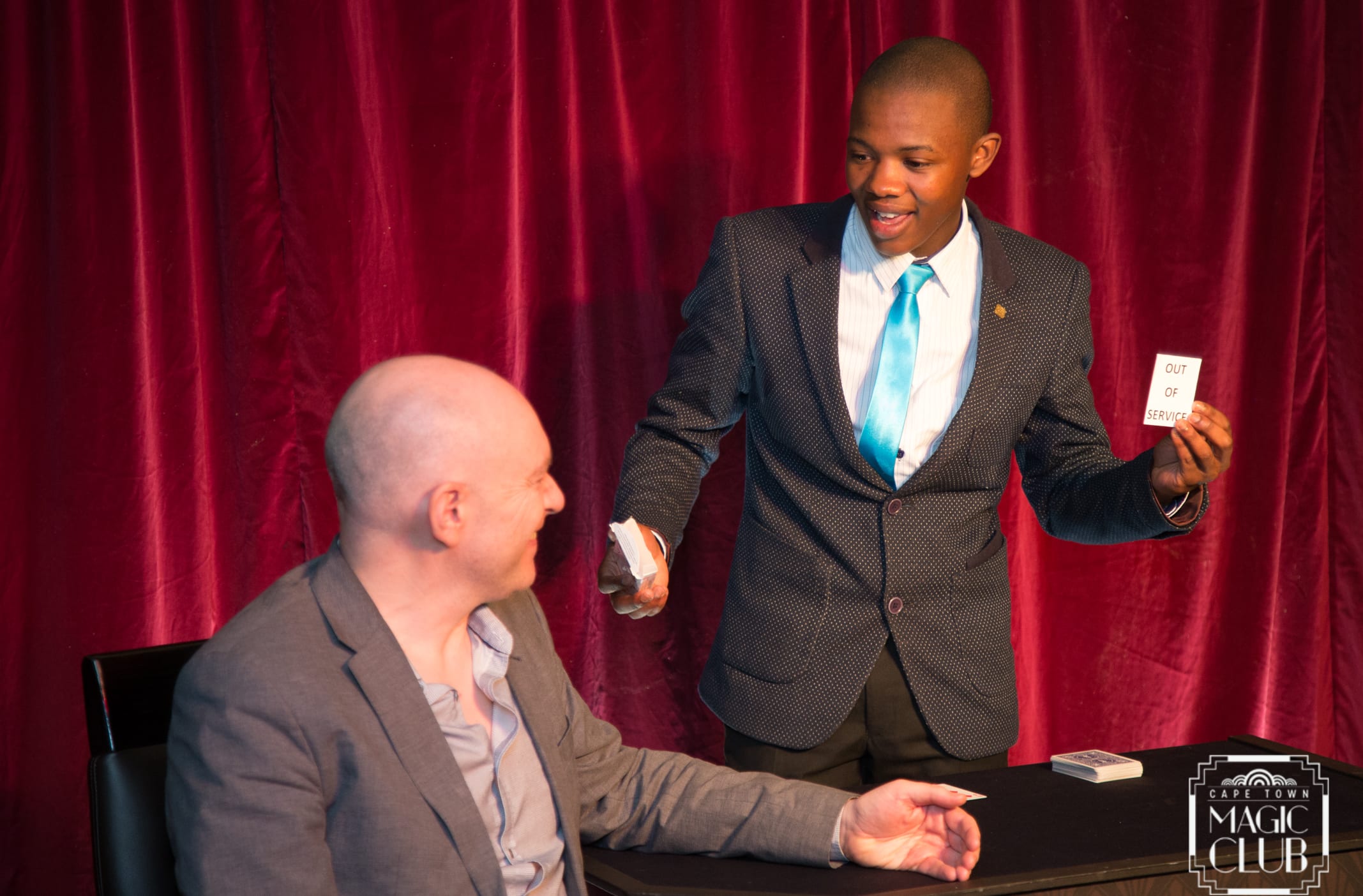 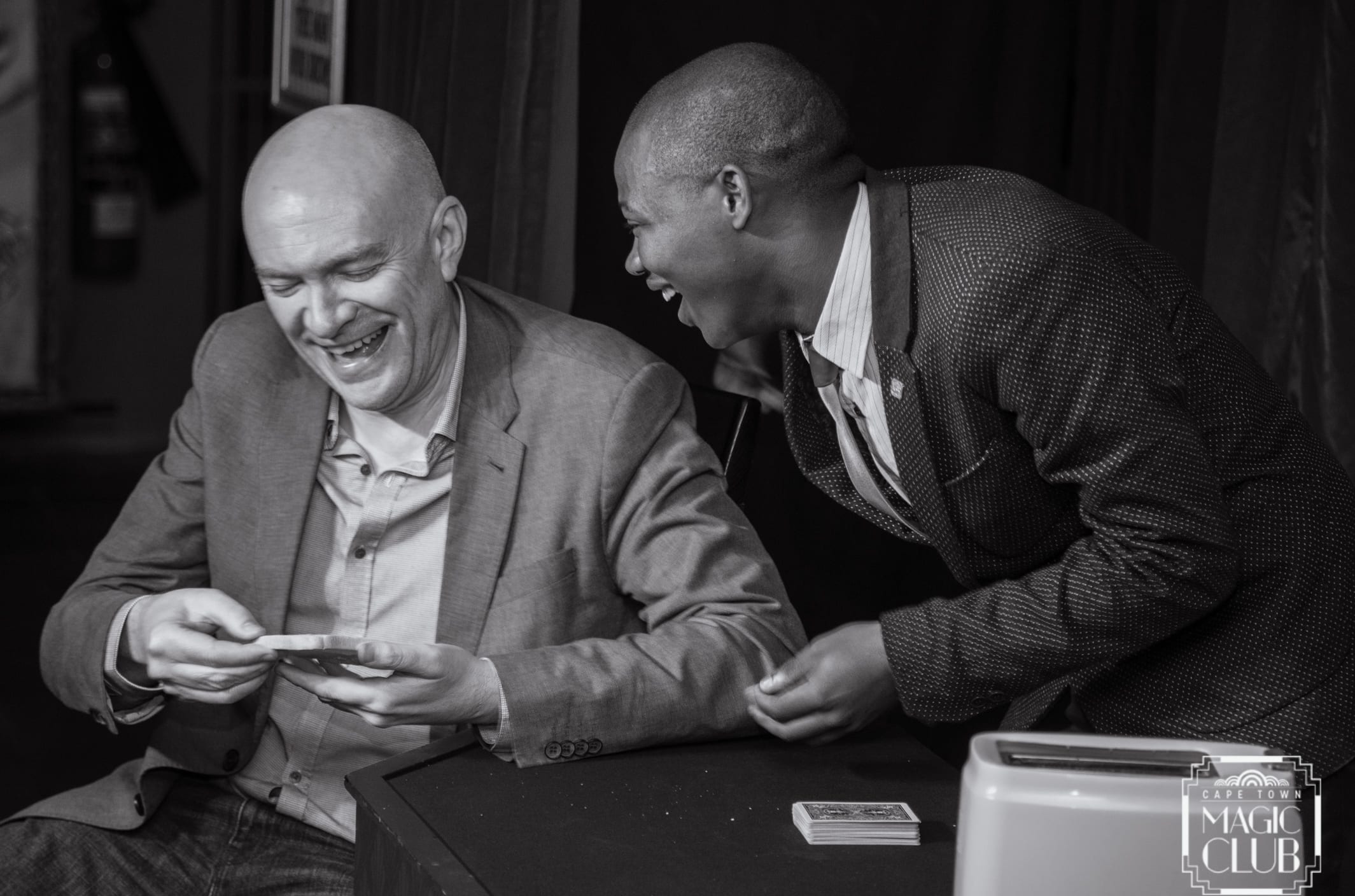 « View All Magicians
Book Anele for your event
﻿