Book Robin for your event

Robin has been a professional entertainer since 1984 and is regarded as one of South Africa’s most experienced magicians.

From performances at the Sun City Super Bowl Extravaganzas, aboard cruiseliners and at numerous corporate events and product launches, his uniquely South African blend of English & Afrikaans magic and comedy has always been well received by a wide range of audiences. However, it is perhaps for his heroic bravery at sea, that he is most well known.

In 1991 Robin was the resident magician aboard the Oceanos when it sank off the Wild Coast of the Eastern Cape. Robin, along with some other entertainers and a small group of cruise staff, took over the rescue operations on board, when most of the officers and crew had taken to the lifeboats. The SA Magic Council struck a medal in his honour inscribed, “…for bravery and outstanding service to magic”. He was also the first non-American to be honoured with the ‘Heroism and Patriot’ award by the Society of American Magicians, for this act of valour.

Against all odds, in 1994 it all happened again…this time on the Achille Lauro. Four lives were lost that day but again Robin and the entertainers played a major role during this drama. After drifting for several hours in life rafts off the Somali Coast, they were rescued by ships that had responded to the Mayday.

In 2007, Robin’s autobiography was published. The cover depicts the sinking Oceanos and the book is entitled, “Do these stairs go up or down?“.

Book Robin for your event 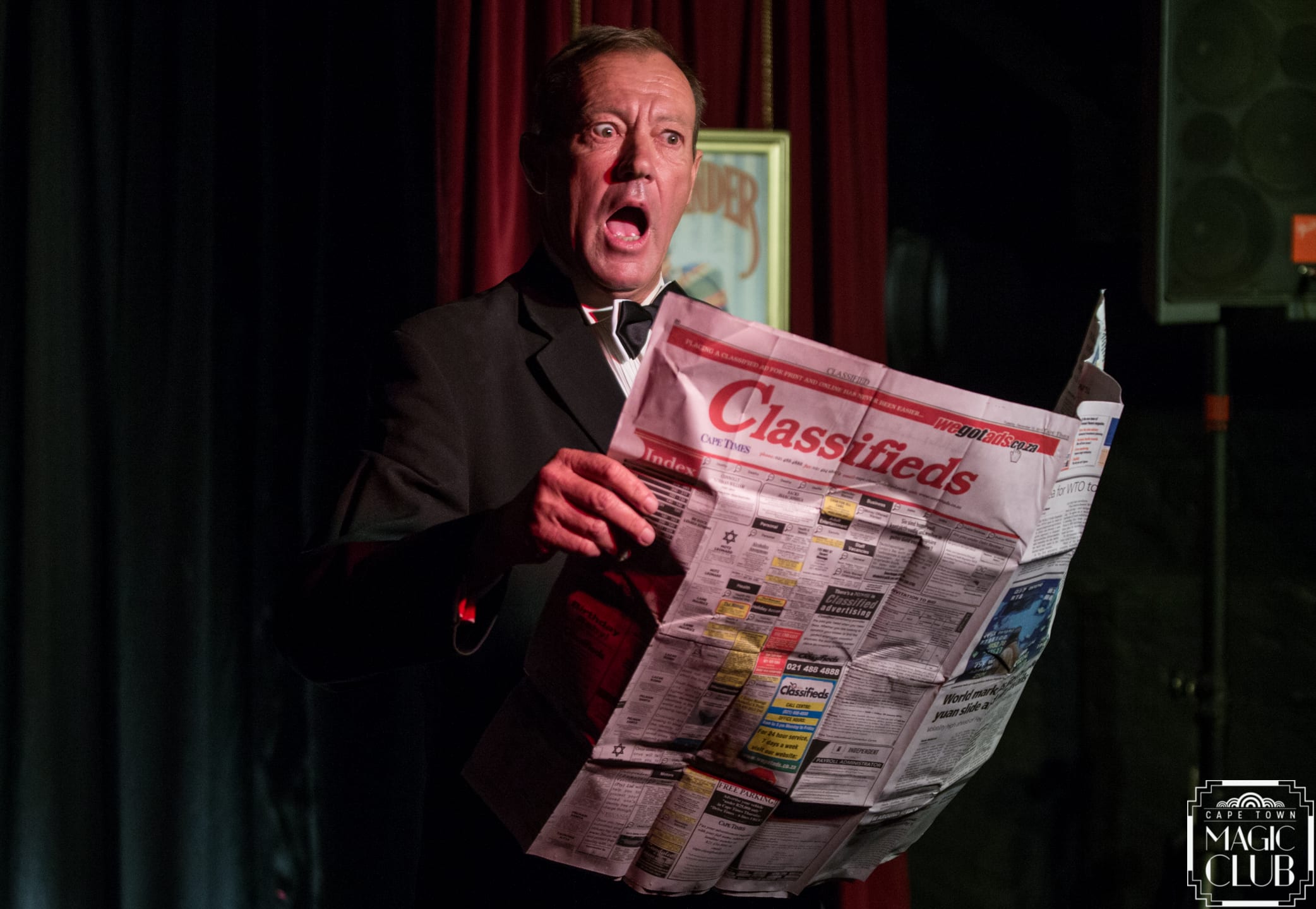 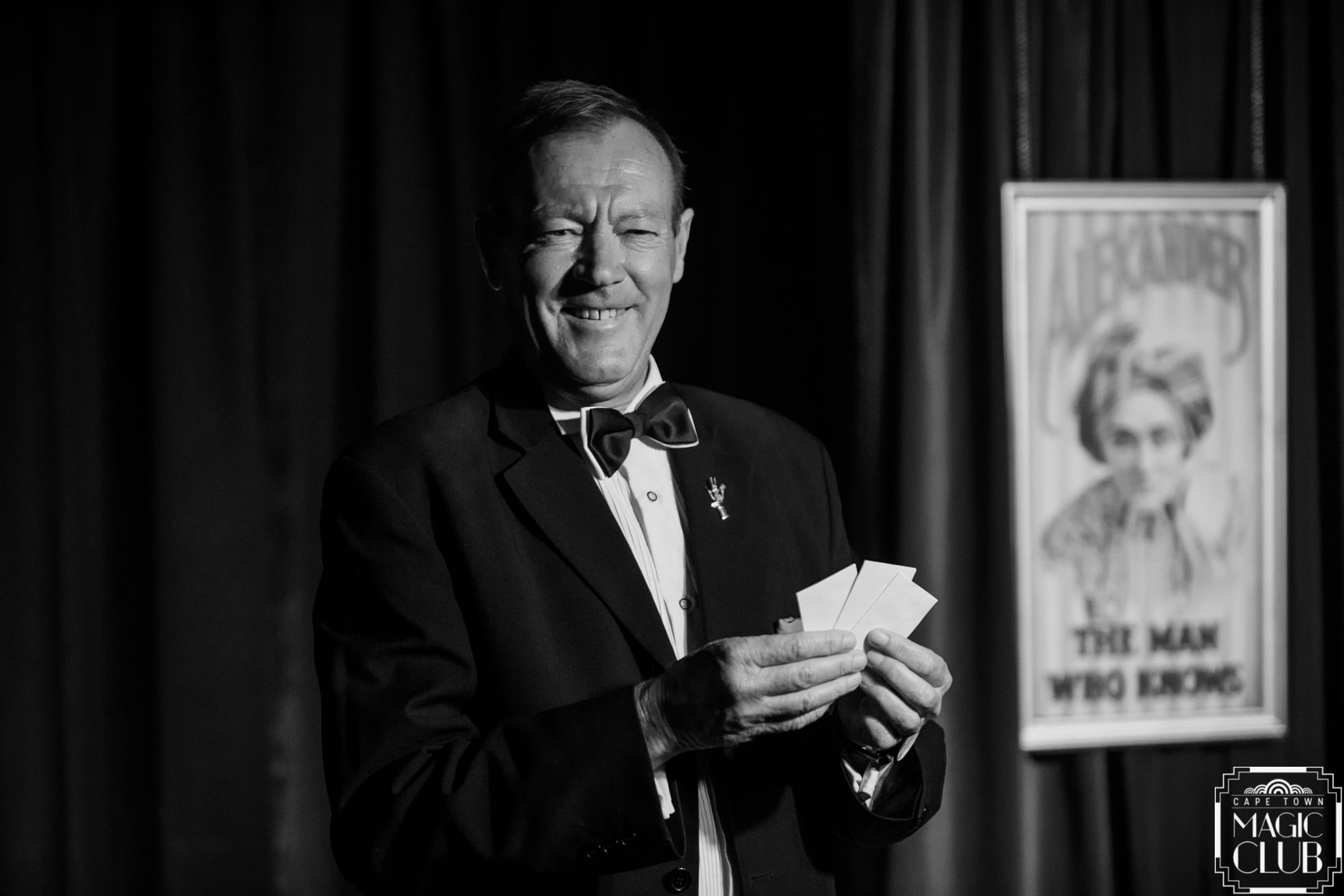 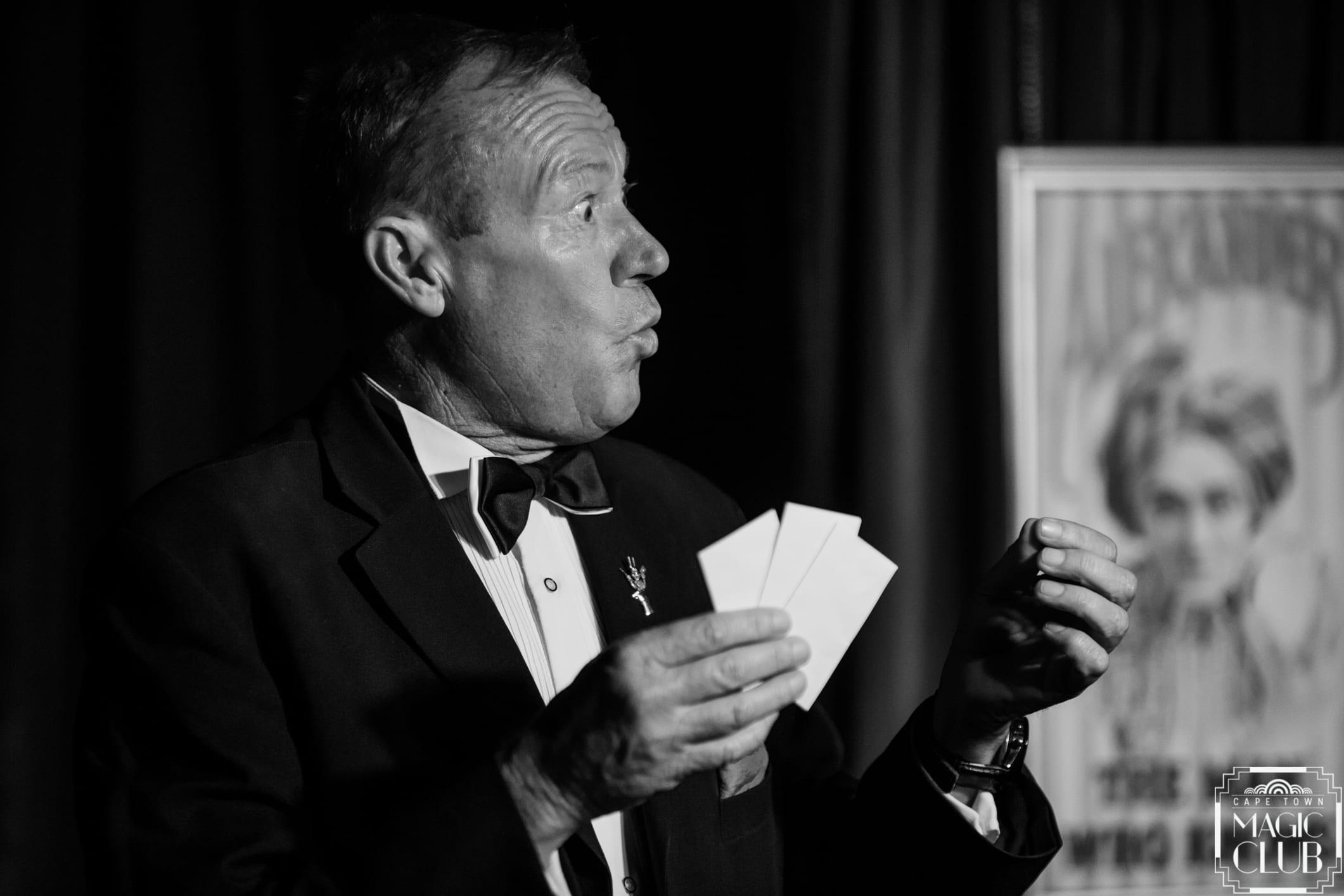 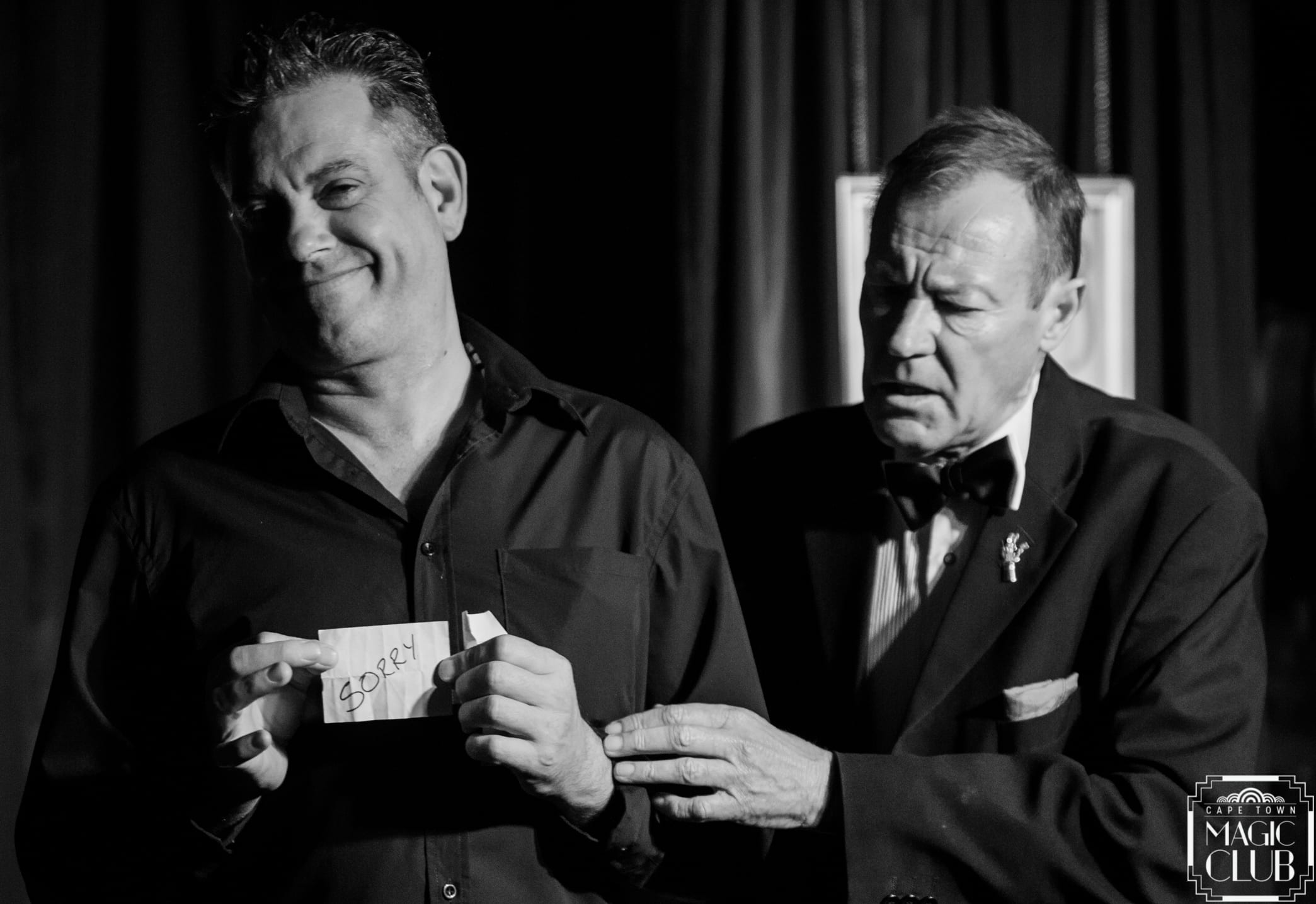 « View All Magicians
Book Robin for your event
﻿